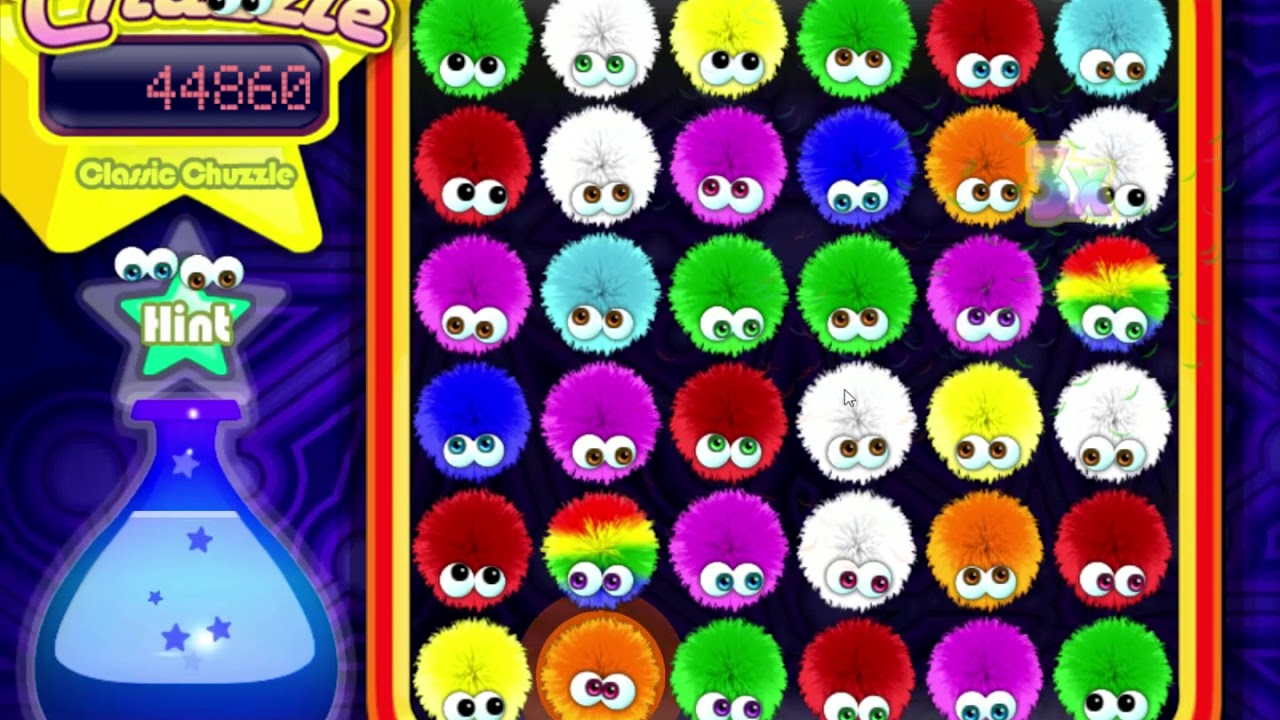 Chuzzle Deluxe is a tile-matching puzzle video game created by American studio Raptisoft Games, and published by PopCap Games. It is named after the multi-colored fuzzballs around which the game revolves.

The player is presented with a 6×6 board of multi-colored fuzzballs called “Chuzzles”. Matching 3 or more of the same colored Chuzzle removes those Chuzzles from the board and allows new Chuzzles to drop in. Chuzzles can be matched in vertical or horizontal lines, “L” shapes and cubes. Mega Chuzzles also feature in the game, taking up 4 squares on the grid. Matching with a Mega Chuzzle provides more points to the player.

On December 18, 2018, Raptisoft published a sequel named Chuzzle 2 as a free-to-play app with removable ads on both iOS and Android.